‘This disappointing judgment allows the Government to continue to spy on every one of us...’

The group argued it gave the Government powers which allow intelligence agencies to obtain and store communications data and take remote control of electronic devices through "bulk hacking", breach citizens' human rights to privacy and freedom of expression.

But, at the High Court in London on Monday, Lord Justice Singh and Mr Justice Holgate dismissed Liberty's claim, ruling that "the totality of the suite of interlocking safeguards" meant the Act did not breach human rights law.

The human rights group have said they will appeal today's ruling.

In a statement after the ruling, Megan Goulding, a lawyer with Liberty, said: "This disappointing judgment allows the Government to continue to spy on every one of us, violating our rights to privacy and free expression.

"We will challenge this judgment in the courts, and keep fighting for a targeted surveillance regime that respects our rights.

"These bulk surveillance powers allow the state to hoover up the messages, calls and web history of hordes of ordinary people who are not suspected of any wrongdoing." 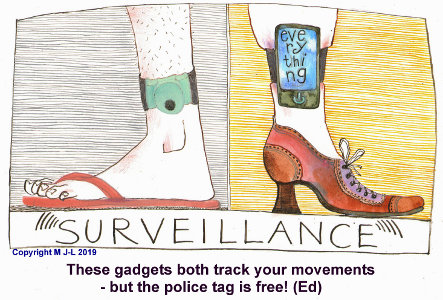